BRPs are strategic planning days that are increasingly popular with organisations wanting to align their people around a common plan in a matter of days, not months. In BRP, teams from across the company get together to develop a plan, usually for the quarter. It differs from traditional strategic planning in that the plan is created collaboratively by those accountable for delivering the plan.

How do we align our people around a common plan in a matter of days, not months?

A significant step-change in plan engagement and buy-in 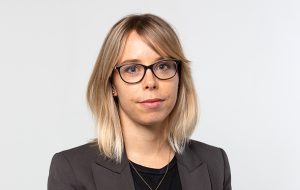 “We start by establishing context around business goals and strategic objectives. It is vital people know what we are trying to achieve and why. Then those with the most knowledge of the work and who are ultimately responsible for delivering it, collaborate to create the plan.

By the end of the event, everyone understands the plan as they created it. Everyone knows what others expect of them and vice versa. Potential risks and dependencies between teams are surfaced and resolved. It really is a significantly better way to plan.” 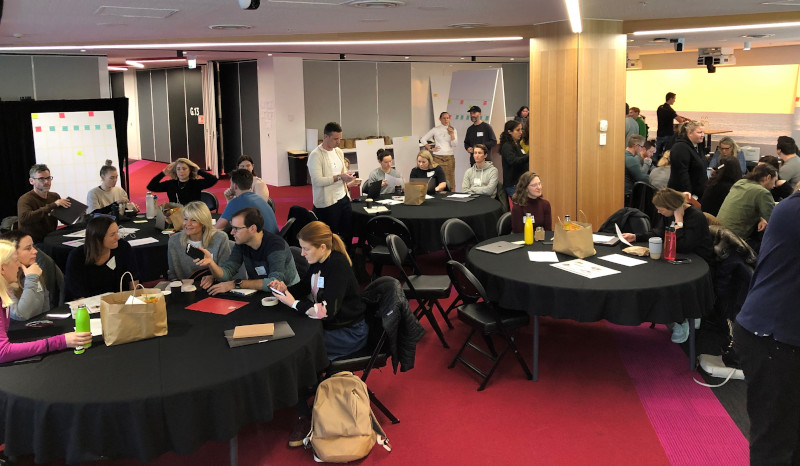 There are two critically important roles in BRP. The first is the role that prioritises work. In agile teams, this is typically the Product Owner. In traditional teams it is typically a team leader or manager. They help guide the team to engage with stakeholders who can provide key information and who have influence.

The second critical role is the team facilitator or Scrum Master. They help facilitate the process and coach the team.

Before the event, Radically ran a series of workshops and check-in sessions with those who would be taking these two roles to ensure they understood what would be expected of them and were equipped with the right knowledge.

They were given templates that helped clarify what they wanted to achieve, the targets they needed to hit, and how they would know that they have achieved them.

Despite this, Icebreaker’s Senior Project Manager Denise Walker says the high level of energy and the focus on the goals and objectives for the day was something the company hadn’t experienced before.

“The Radically team showed us that we didn’t need to follow a cookie cutter approach to agile - our team could forge our own ways of working that made sense to us, and that was both inspiring and empowering for us”

How the day runs

The day itself began with inspiring opening words from the Icebreaker CEO Greg Smith which drew people in and set the mood and tone. This was followed by a presentation about the new approach and how it would work. Then the real work of the day began – large scale planning.

While this is where the magic happens, it’s also the most difficult part, but provides Product Owners and Scrum Masters an opportunity to shine.

Product Owners outline the company goals, the team goals and how these align. They present the key objectives they want to achieve during the next quarter. The teams have input into this including challenging them on whether it is that the right thing to be doing. Sometimes goals are changed during this process.

Starting with the highest priority objectives, each team then starts breaking the objectives down into smaller chunks of work. Work is then approximately allocated into a series of two-week Sprints across the quarter. The understanding is that this might change, but it is the backbone for the quarter.

At this stage, the plan doesn’t include the detail of how these objectives will be delivered. This is done at the beginning of each two-week Sprint, based on what has changed, what has and hasn’t been achieved, what dependencies haven’t been resolved, and what the most optimal thing to do next is.

A major challenge for Icebreaker was breaking down the work into chunks that would each deliver value and could be specified, implemented, and tested within two weeks. The Radically teams guidance was critical.

“I loved seeing people who wouldn’t normally have had a voice work together to collectively deliver our strategy.”

Where this approach creates a significant step-change is engagement and buy in. The plan is created by the people accountable for delivering it. They have the opportunity to review what can realistically be achieved and what is unlikely. This level of transparency encourages difficult conversations to be openly held upfront, avoiding unpleasant surprises later.

Denise Walker says the Big Room Planning day was the first time Icebreaker had put strong governance around which projects went forward, which didn’t and tried to match projects with the available resources.

‘The teams battled through and we got some great results. We are seeing the value being delivered and it is providing governance over our strategic work for the year.

We recently ran a survey with all the participating team members and found high levels of satisfaction around collaborating cross-functionally, learning new facilitation skills, the ceremonies and retrospectives, process of looking backwards to move forward.’

Denise says staff felt the exercise was valuable, enjoyable and useful for working cross-functionally across the organisation and that it has improved levels of enterprise knowledge.

Will Icebreaker do its strategic planning this way again? Denise Walker: ‘Yes, totally. We wouldn’t go backwards. We’re going to make lots of tweaks in the next fiscal year because we’re really positive about the new mindset and Agile way of working.’